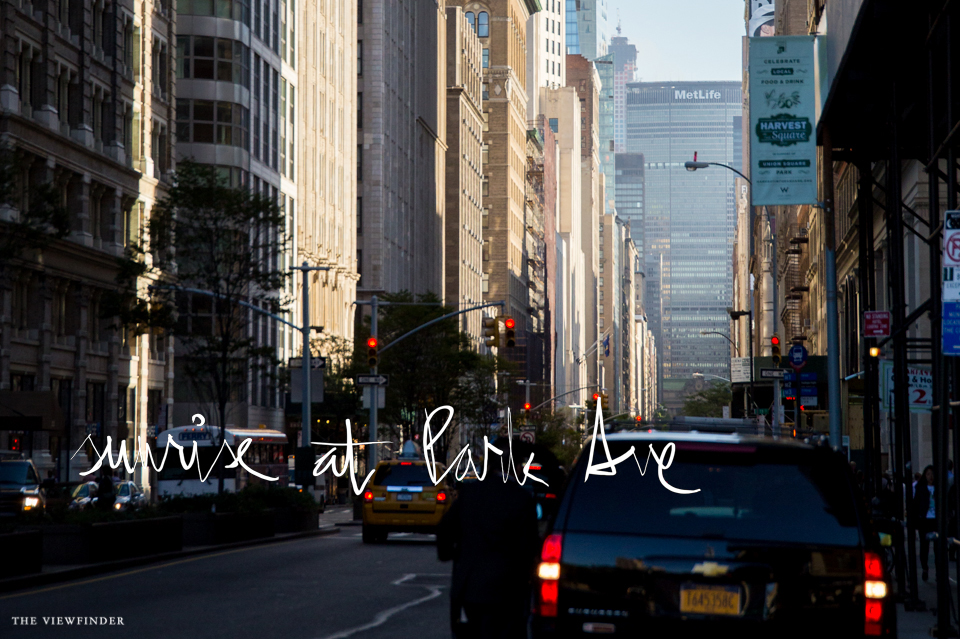 “Sunrise in Manhattan is something else …”

I usually experience sunrise as the world coming to life, light everywhere. But in Manhattan there’s a lot of shadow due to the skycrapers ….so every morning when I crossed Park Ave I was still surrounded by shadow while the top side of the street was fully light by the sun. Such a nice thing. For me as a photographer, I find New York with its light one challenging city to photograph. Harsh contrast of light and dark which could be different at any moment. 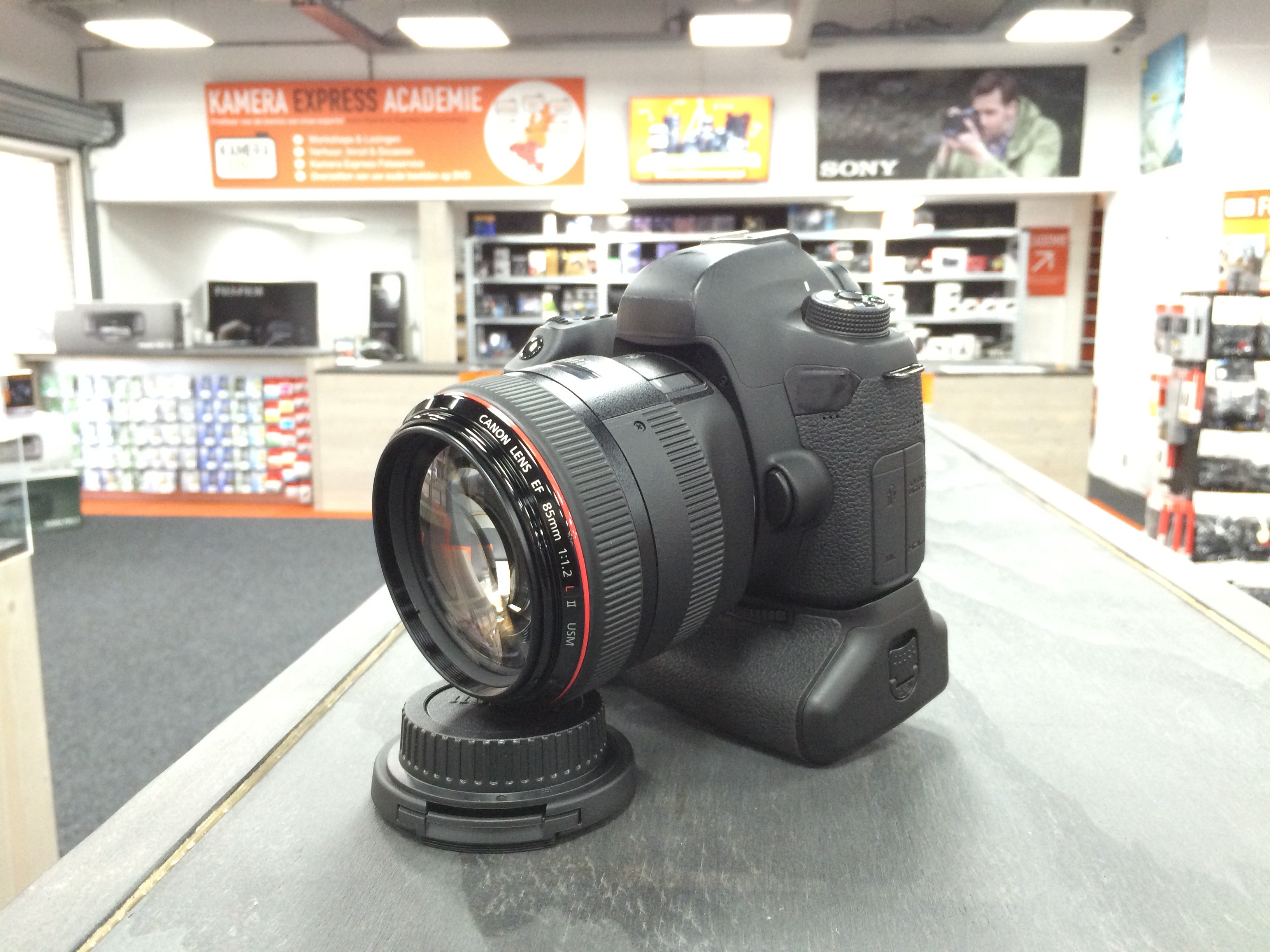 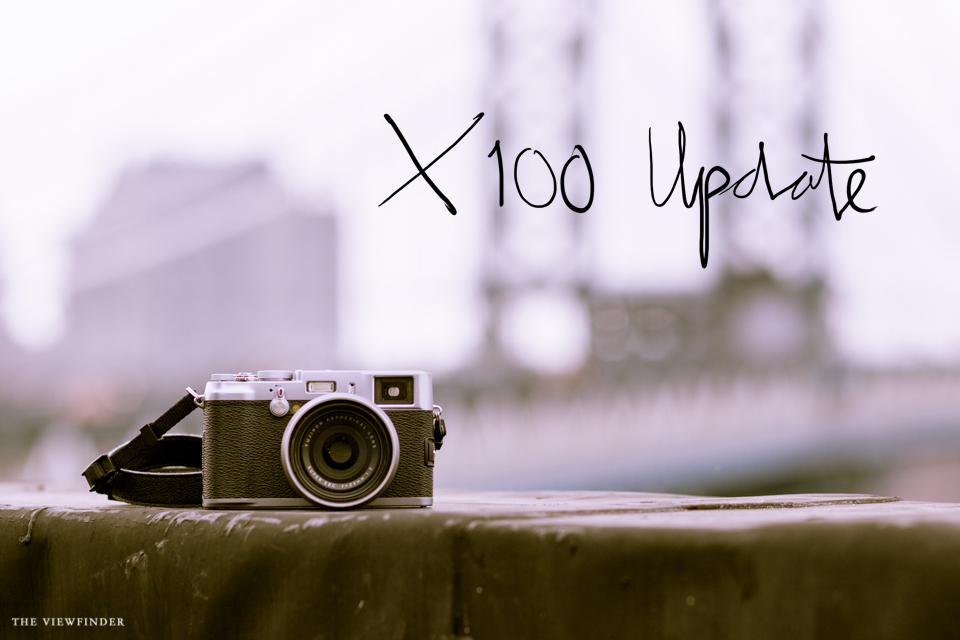 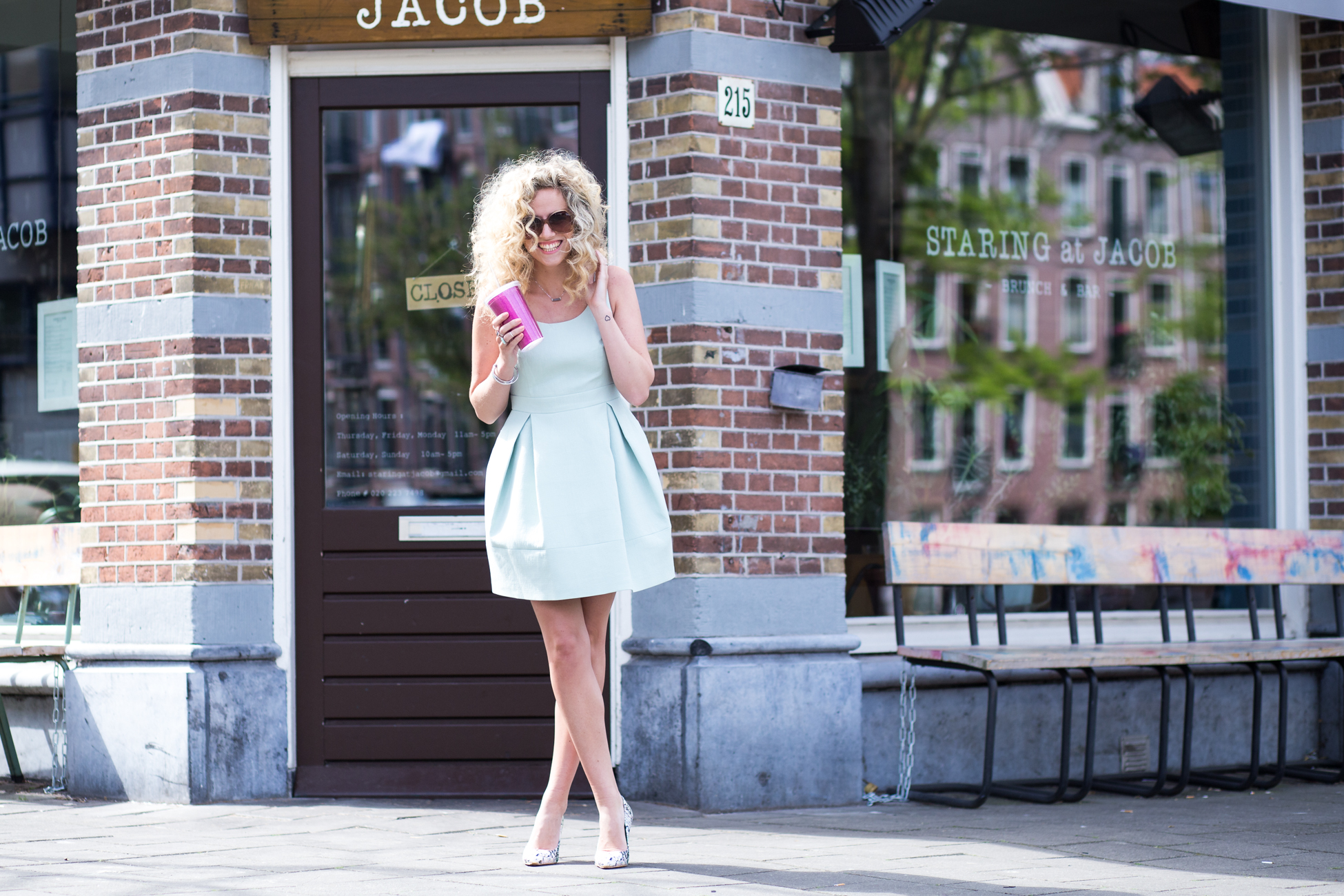 “Cycling with the Fashionchicks through Amsterdam”

I had the pleasure of shooting another lookbook for Fashionchick: Fashionchick x De Bijenkorf. A assignment without a particular location, so we had a fun time searching locations on the go. It was again nice to work with these ‘chicks’  and I’m looking forward to our next collaboration.

For the whole shoot visit the PORTFOLIO section. 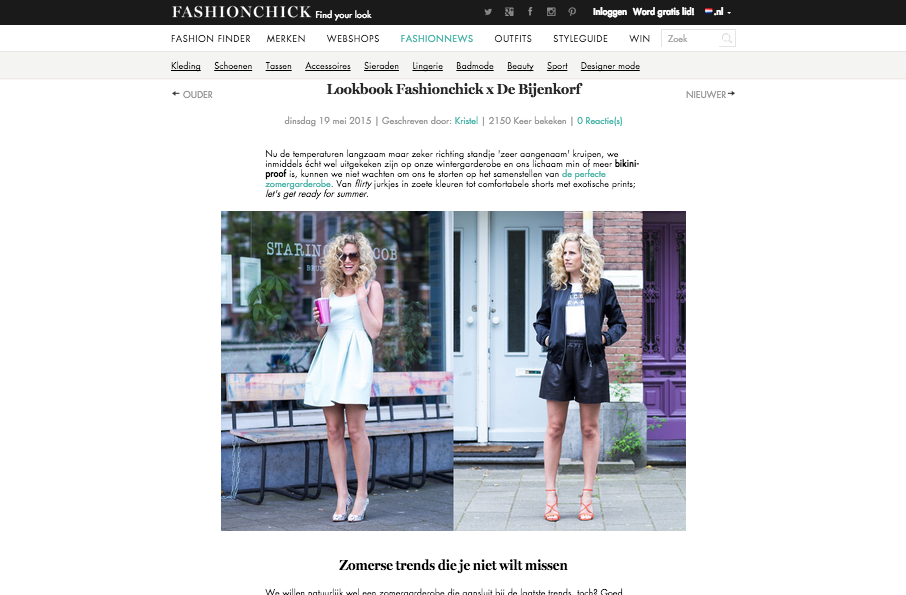 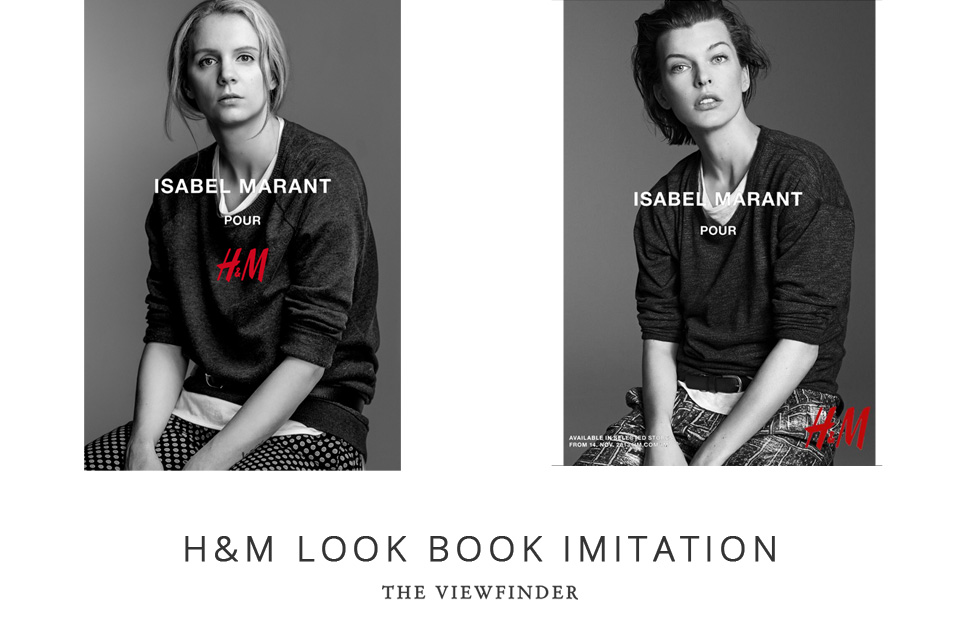 If there’s one look book that I like it’s ‘Isabel Marant pour H&M look book’. So I planned on imitating this shoot for a while and I’m glad to finally have done. I picked out 4 looks that I wanted to shoot for this project.

It was a bit of a challenge, because I don’t own a large studio and high end gear which they used for this look book. Not to mention their team of specialists.

Go visit the PORTFOLIO section to see all the looks.

Special thanks to my lovely wife who modeled for this shoot. 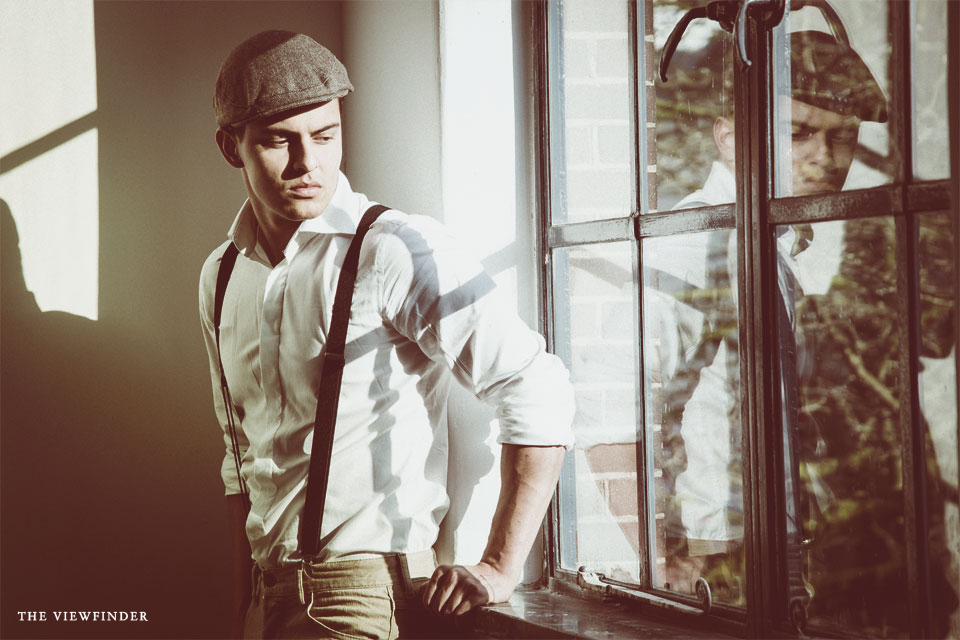 A retro menswear shoot on location …which was very nice to shoot with the easy going Devin on this sunny day. Great light and space really helped making this shoot a success.

Check out the PORTFOLIO section to see the results of this shoot. 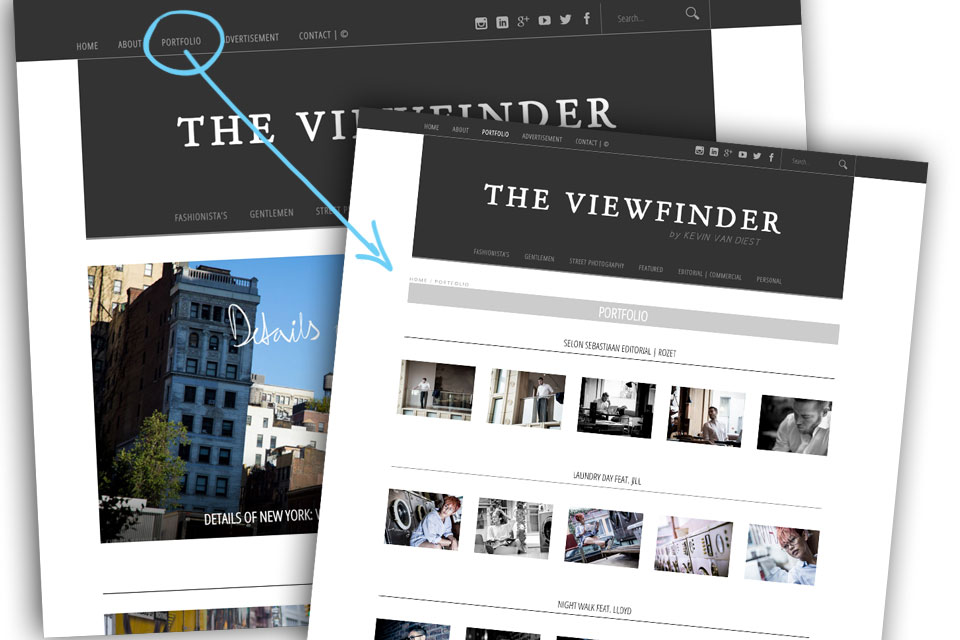 Hey guys, I decided to add my portfolio to THE VIEWFINDER. Now you can easily get an overview of my work (outdoor & indoor shoots, look book, events etc) on the ‘ PORTFOLIO’ section and get more in depth info at my ‘COMMERCIAL’ section. Keep an eye on my portfolio to see my most recent work. For now it’s still incomplete so I’ll be adding more work in the upcoming days. 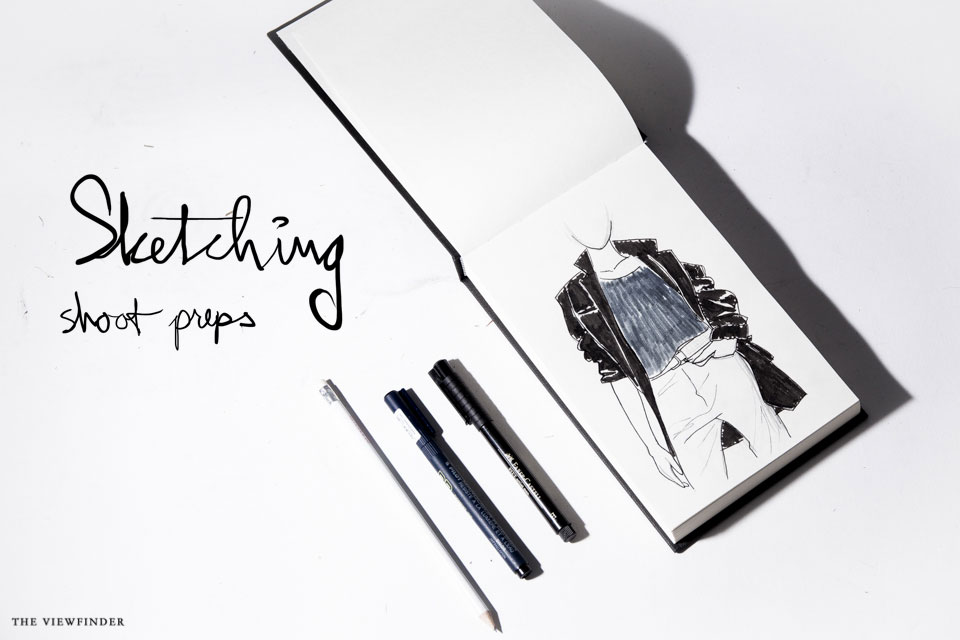 Location, model, theme …always enthusiastic when I got an upcoming shoot. For me the best way to prepare one is by illustrating my ideas, locations and inspiration I found in mags or online. That way I get a better visual that I can also present to the model/ client to be even more prepared before actually doing the shoot and sharing ideas results in a better result. 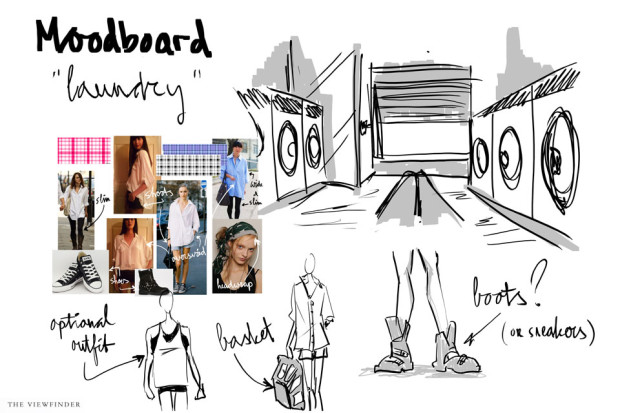 By illustrating I don’t mean the well detailed illustrations (maybe sometimes) …often I just doodle around during the meeting to immediately present my ideas. It’s only natural doing this because of my illustration background. Above you’ll see an example of a moodboard I made for my shoot : Laundry day.

For me it’s nice to be able to combine my other great passion ‘illustration’ with my photography. If you guys got any tips or things you like to do before a shoot share it below.