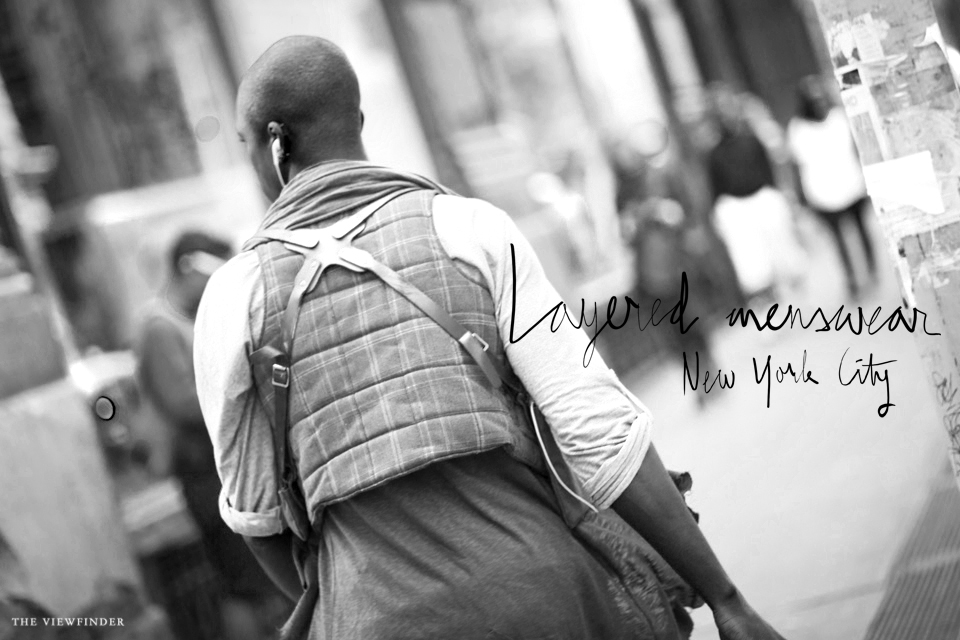 This guy was great to shoot. I spotted him from behind as you see here above and that holster really stood out. So when I approached him and told him about THE VIEWFINDER he was really enthusiastic, which you can see in the photos down below. Such a great style and good personality. A good example of inspirational menswear. 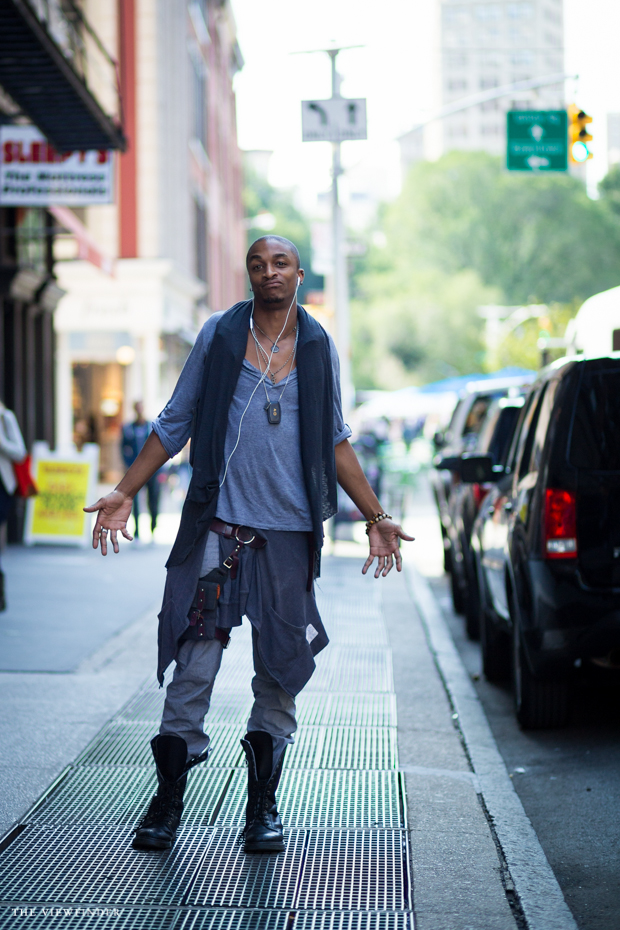 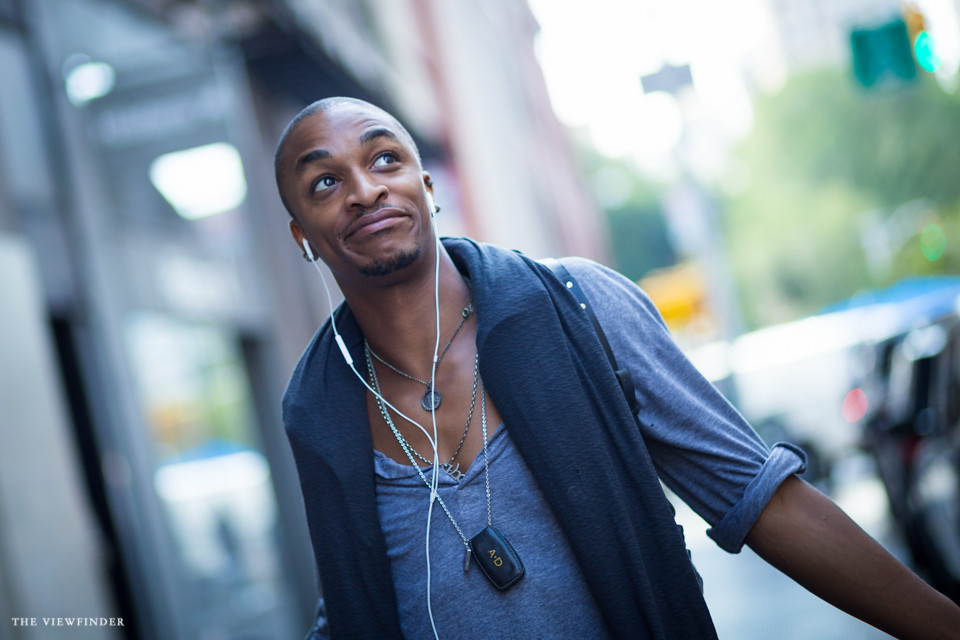 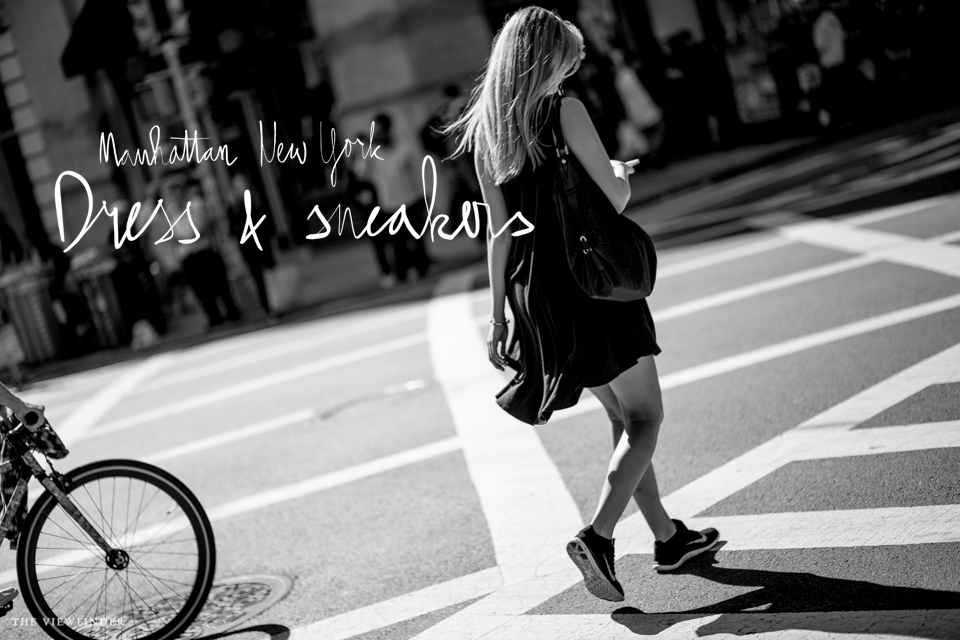 A female look I personally really like is a basic black dress with sneakers. It has that feminine appearance with a healthy and sporty touch. During my stay in New York I saw this kind of look quite often (also a few disasters!) 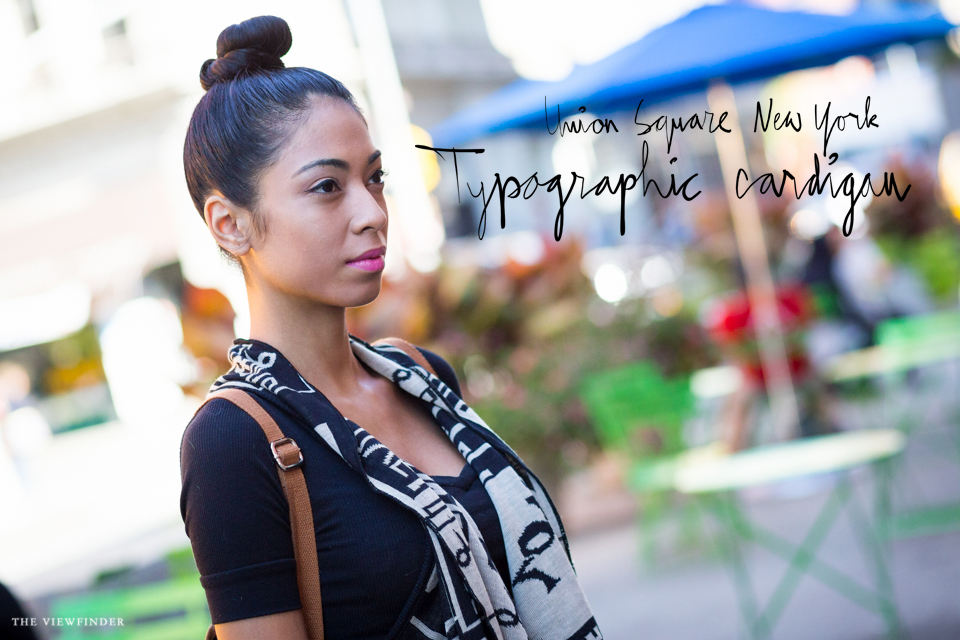 Such a great look …spotted at Union Square New York. She immediately caught my eye because of the typographic cardigan combined with the slim fit top and pants. Not to mention the leather straps of her backpack. Apparently she’s a model, no wonder she was so comfortable posing for me ….and she was friendly too. 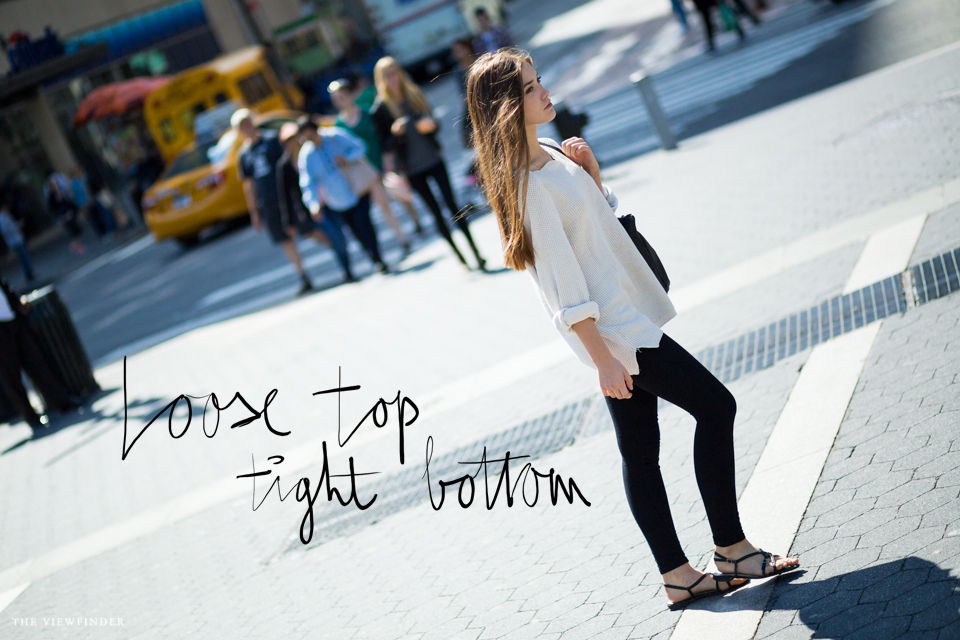 Loose tops combined with tight pants, jeans or whatever …it works. This woman sh0ws she doesn’t need lots of pieces to look fashionable. She’s not even wearing heels and looking great. 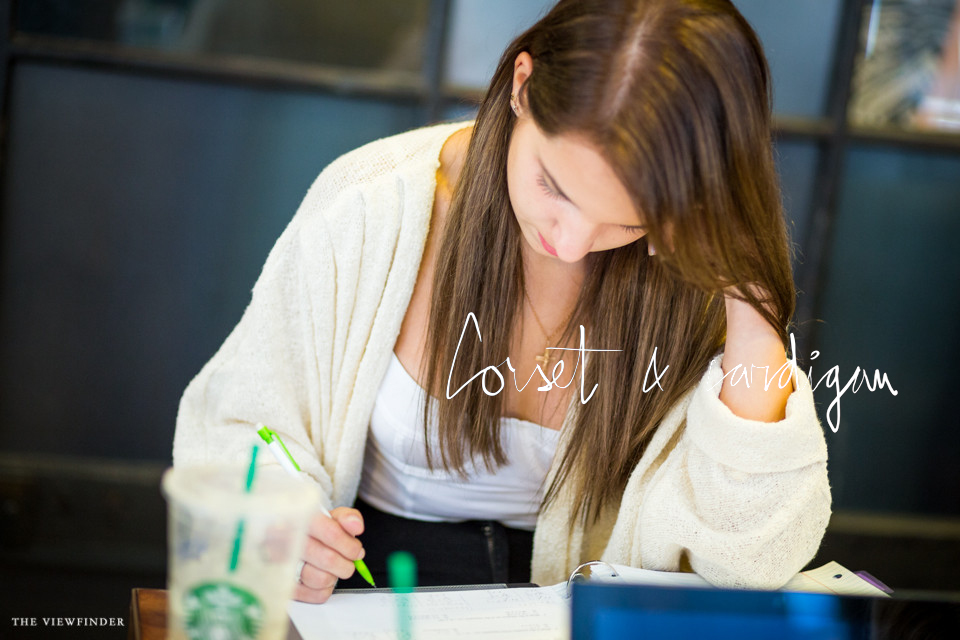 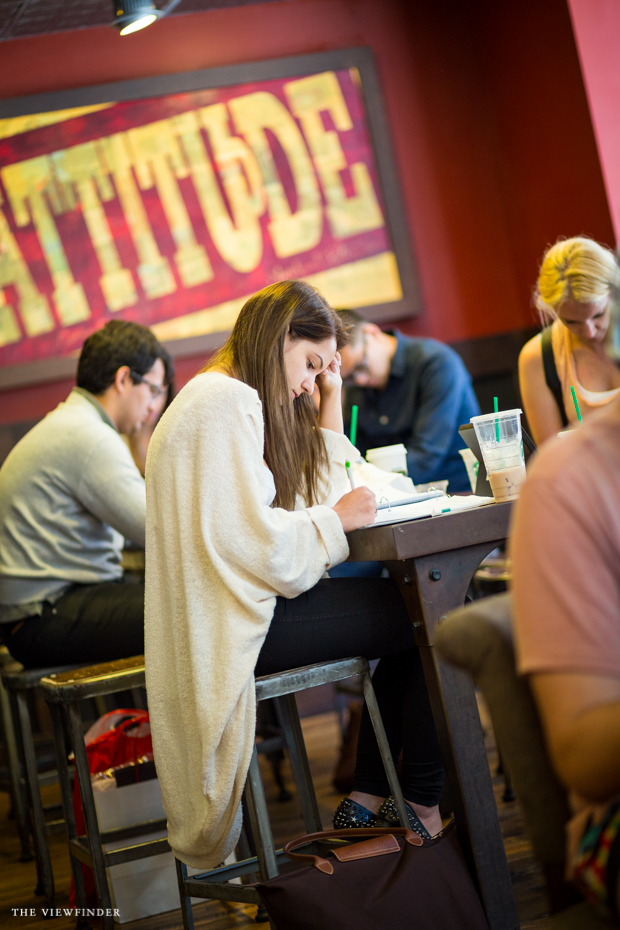 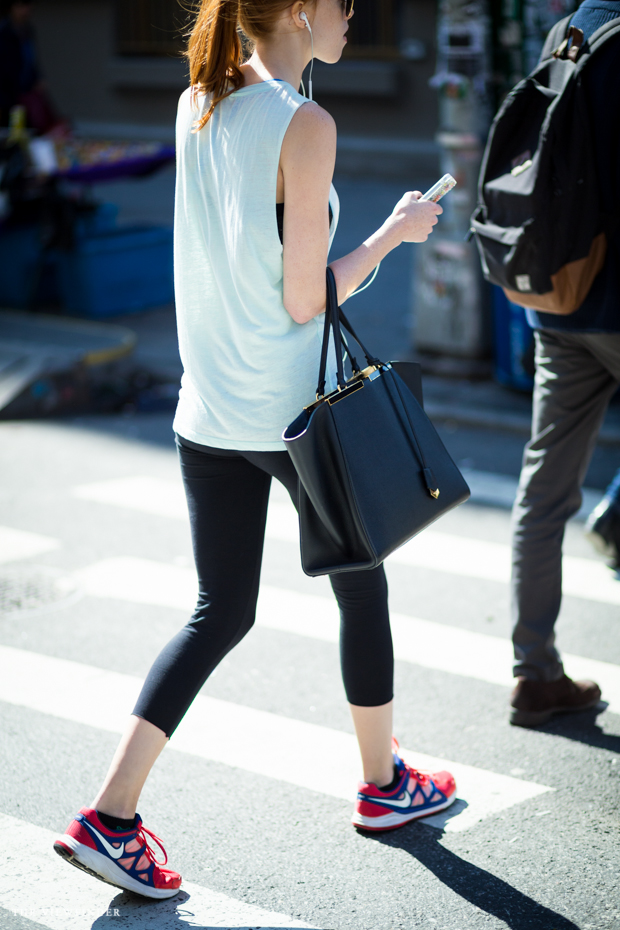 Here I captured a nice example of the sporty chic looks that I spotted frequently on the streets of New York. You may think she just got out of the gym, but this is here look of that day accompanied with that large chic leather handbag. This isn’t something I see in Amsterdam ….at least not this way. 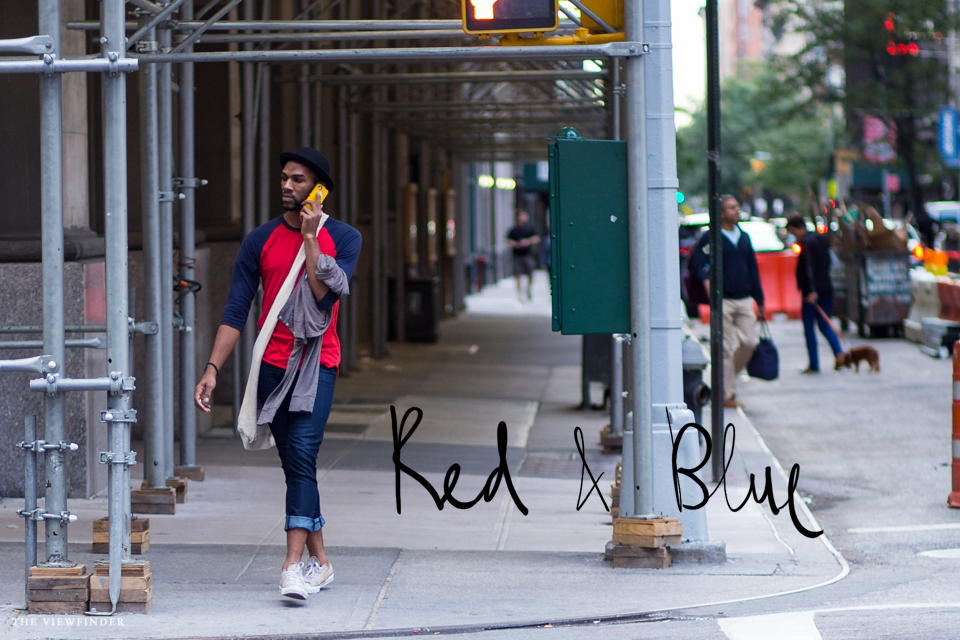 During my visit in New York I noticed that a lot of menswear I spotted on the streets did not have any real colour in it. Mostly they wore grey or black/ white. So when I saw this guy wearing red and blue (and that yellow phone cover) I took a quick snap.