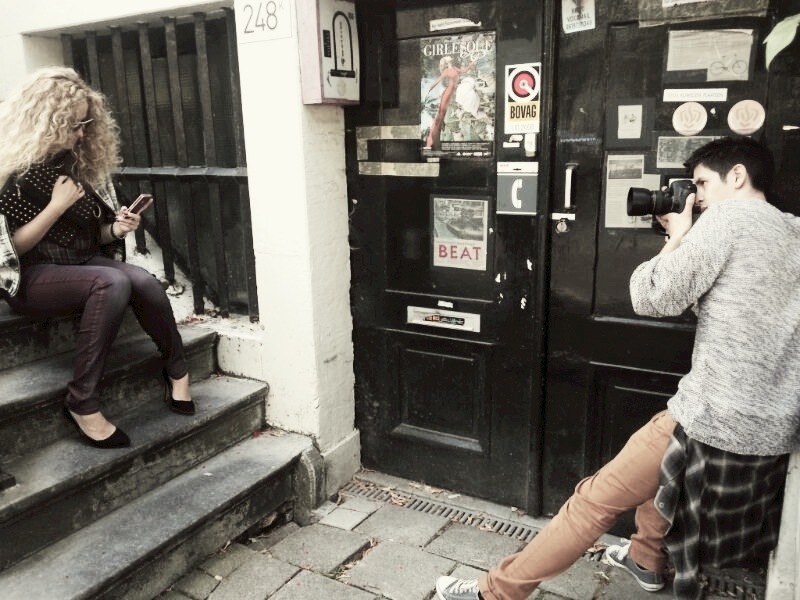 Shooting on location is something I really prefer, because I like shooting on the streets …using surroundings to create a scene. For a photo shoot I did for Fashionchick a while ago I had the pleasure of using the streets of Amsterdam to capture a scene. I had to shoot their Fashionchick x Fab. Campaign and of course I discovered some things: 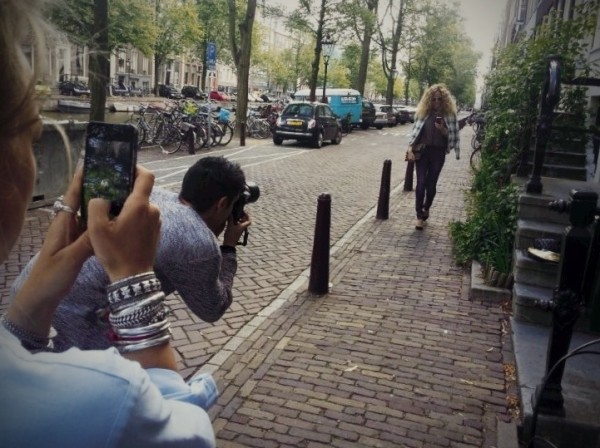 When I was on this shoot I discovered that even though I was well prepared, there were things/ situations I did not anticipate. For instance the crowd (and their attitude) surrounding us on the streets. People were walking through the shot, bothering and taking pictures of the model. Also the weather and the traffic are elements of surprise. Luckily, I saw that both me and the model improved outfit after outfit …getting more focused and sealed off from the world to get the needed shots. 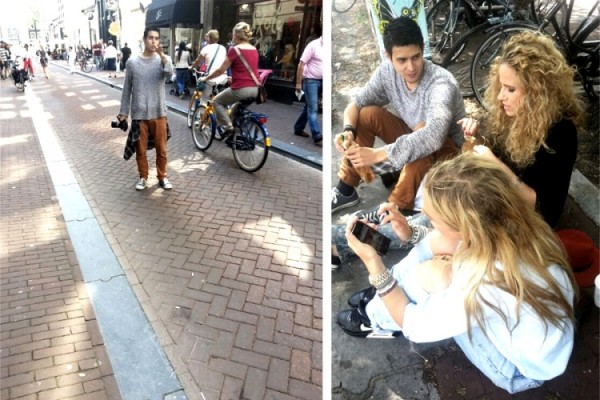 Taking a break together, for lets say a sandwich, really improved ‘the bond’ between me and the model …having a small talk takes away any awkwardness which resulted in a better shoot. For more of this shoot for Fashionchick, click here. (photo credits by the chicks of Fashionchick)